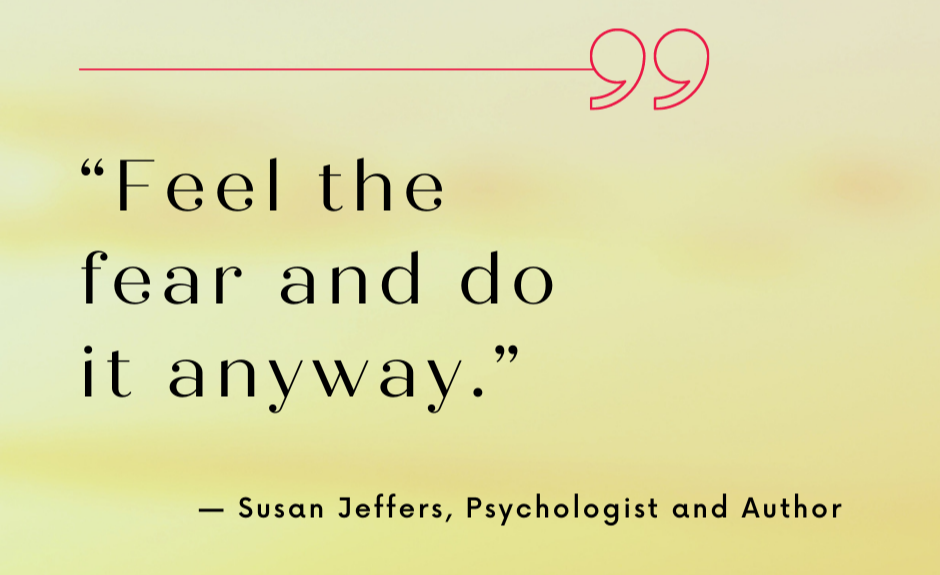 You want to feel safe and certain, to predict the future, and to be large and in charge. But, what in life can you be sure of?
Change!

One way to practice being more comfortable with change is to voluntarily put yourself in situations that are out of your comfort zone―where you are a beginner, making mistakes and perhaps even appearing foolish. Focus on what you have to gain from the experience rather than the discomfort you’re feeling. I’m not saying change is easy, but like death and taxes, we all have to deal with it.

You may think being UNSTOPPABLE requires having to make a big change in your life. In fact, the process can begin with something small, although it may not feel that way. For instance, the 65-year-old carnivore who decides to improve his health by eliminating red meat from his diet. Or the woman who lets her hair go natural to feel more authentic and save time and money. Or the guy who decides to abandon his hairpiece and embrace his natural hairline.

These days, I see my friends, family, and clients wanting to make significant changes in both their professional and personal lives by defining what’s most important to them: what they really want to be doing, who they want to be spending their time with and where they want to live. Some are making big changes, like ending a marriage after decades of struggling to make it work. Others are pursuing a new job, or an altogether different career.

Regardless of the magnitude, change brings with it the yin and yang of excitement and fear.
We crave the newness of things―the exhilaration that comes with shaking things up. And yet we desperately cling to old paradigms and ways of doing things because they’re familiar, comfortable, and don’t demand much.

Psychologist Susan Jeffers coined the expression, “feel the fear and do it anyway,” in her book of the same title. And, yes, while it may sound cliche, the truth and wisdom are evident.

A stunning example of someone who embodies Jeffers’ mantra is International Journalist Ramita Navai. In her recent film, Afghanistan Under Cover, Navai spends several months documenting the Taliban’s abuses against women: kidnapping, forced marriages,  imprisoned without record or trial for supposed “crimes of immorality” such as the improper covering of one’s face and hair, being in a car with someone you’re not related to, running away from home and leaving an abusive husband.

Navai and the women activists and victims she interviewed are honest about their fear of what could happen if they are caught making this film and talking on camera. But they spoke anyway. As one woman told Navai, “I have 3 younger sisters. If I don’t raise my voice then they too will be broken.”

Afghanistan Under Cover is a deeply disturbing film but one I highly suggest you see. My gratitude to these brave women for risking their lives and for their UNSTOPPABLE courage.

WHAT IF: You had an abundance of confidence and courage in your life? What would you do, what would you accomplish?

REFRAME IT:According to Pew Research, about 4 million Americans changed jobs between January and March of this year.

It’s very likely then that many of you reading this are either considering a job change or will be within the next year. If you are, or you know someone who is, use these questions to focus on what you really want and need to be happy and successful in your next chapter. 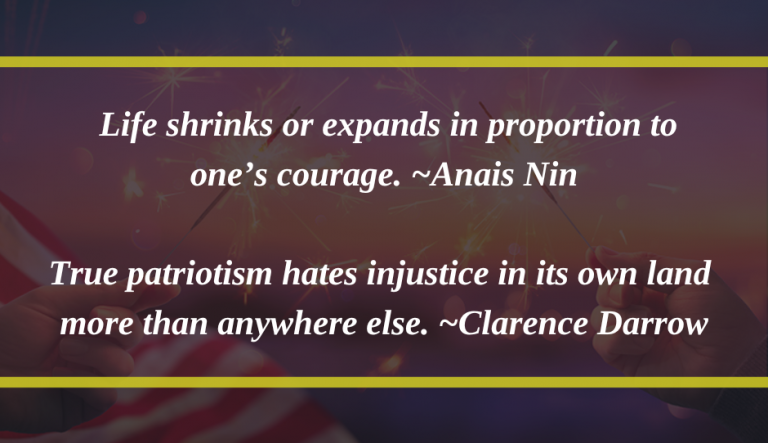 This year, on July 4, we celebrated our Independence as we have for over 200 years. Flags were flown and brilliant fireworks were on display in cities and towns across the nation. There were speeches too, of course. Discourse, or in some cases diatribes, on who is and who isn’t a patriot depending on which…