Backstage after her Oscar win for best supporting actress, Viola Davis, 51, spoke with Good Morning America’s Amy Robach about how she felt. Davis acknowledged she had long struggled with imposter syndrome and it wasn’t until recently that she came to realize she did in fact know exactly what she was doing after 30 years of experience. Bravo Viola! You’re embracing the spotlight, I only wish more women of your caliber were.

For nearly two decades, I’ve been teaching workshops for both women and men on the art of self promotion. In 2003, I wrote a book on the subject called Brag! The Art of Tooting Your Own Horn Without Blowing It where I posited that bragging—the right way, of course—was the new must-have career skill in a rapidly shifting world increasingly subjected to mergers, downsizing and the overnight collapse of companies. When the recession hit, my advice rang even more true for every worker regardless of age, gender or career level, and brag no longer carried the stigma of a four-letter word.

What my research and experience made clear is that women have a much harder time singing their own praises—or even accepting accolades from others—than men do because of strict cultural biases that assert bragging is unladylike, nice girls don’t do it, and men don’t want to be with women who steal the attention. Yet despite these myths, learning to effectively brag is absolutely crucial for rising in the workplace, particularly for women. Men change jobs more frequently than women and thus have more opportunity to rebrand, promote and reinvent themselves. Women, on the other hand, are at a disadvantage because they tend to remain at the same company (often in the same position for an entire career), relying on others to recognize their value when it’s time for a promotion or a bonus. Women are also far more likely to champion the accomplishments of others than their own.

Nevertheless, I thought this issue would quickly resolve itself once women heard the message and began to gain more confidence as their accomplishments and titles accumulated. After all, leadership studies were touting women’s “natural” soft-skills advantage for positions of power, pointing to our ability to collaborate and team build, and our propensity towards being detail oriented, inclusive and nurturing. Given these facts, I was sure this self-promotion thing was going to be a slam-dunk for women.

But instead, here it is 2017, and I am sadly finding the opposite to be true. Women continue to grapple with shining the light on themselves and their achievements. And it’s not just young or inexperienced women who have an aversion to talking about themselves. Rather, a wide variety of females—elite athletes, mid-level and senior professionals, academics, successful entrepreneurs and even accomplished corporate titans—continue to struggle with self-promotion, too.

For example, while recently working with a group of executive women on how to best market themselves for board positions, I went around the room and asked each person to introduce herself. One woman “forgot” to mention that she was president of the company. Another failed to note the digital startup she launched and sold for millions and forced me to draw the information out of her. Others chose to bury the lead, keeping the most important factoids until the very end. I was stunned. Would a man forget to mention his most impressive accomplishment? Not a chance!

Similarly, when I suggest to my female clients that they present themselves as a subject-matter expert in the media or for industry events, a typical response is, “Really? Me? Oh, I don’t know if I’m really an expert. And besides, I don’t want my colleagues to think I’m seeking the limelight.” Ugh! Even when she’s been doing her work for 20 years, winning internal and external awards, or been quoted extensively in the press, she still doesn’t think she’s an expert.

As you can see, if women are hesitant to shine the light on themselves, they’re even less inclined to articulate personal accomplishments in a way that attracts the attention of companies looking for new board members. The irony is that when companies seek board members, they want and need to know about prospective members’ successes and capabilities so that they can assess whether they’re a good fit, and, if so, how to best utilize their skills when they become a member. So these women, suffering from what I call “Too Much Syndrome”— worrying about coming across as too ambitious, competitive, cocky, greedy, or full of themselves—play low status when they should be going high status.

It’s true that studies show women are held to a narrower band of acceptable behavior and communication than their male counterparts. It’s also true that at any level of success, women still may be perceived unfavorably when exceeding that band (just think Hillary). But there are ways for women to navigate the band, and it’s not by silencing themselves.

Fourteen years after writing “Brag!” it’s astounding to me that we’re still having this discussion. How can we still be diminishing ourselves after all these years? Why haven’t we—and how can we—better assimilate the messages of the women’s empowerment, self-help movements and the incredible achievements of thousands of female role models?

There are plenty of reasons this continues to be such a struggle: cultural norms, male bias, other women, fear of failing, institutions, and dozens more. But one thing is certain: If we avoid talking about ourselves with pride, confidence and delight, we’ll continue to miss out on full professional recognition and advancement, experience less status and receive lower compensation.

Everyone talks about the importance of networking, from finding a job to securing a board position. Yet an effective networking campaign hinges on two words that, surprisingly, even many seasoned professionals fail miserably at: FOLLOW-UP! If you aren’t committed to following up with new contacts and referrals, it doesn’t matter how much you network. While…

T’is our season of discontent, women! Earlier this month what many of us already knew from experience was hugely confirmed by the Lean In and McKinsey & Company, “Women in the Workplace 2015” study. New statistics were presented showing a continued pattern of unequal pay and limited access to higher opportunities afforded to men. Adding…

Far too often, when Professionals are promoted to their “dream jobs,” they experience something closer to a nightmare. In fact, research indicates that up to forty percent of executives fail within the first eighteen months of taking on a new role. While there can be any number of reasons why a particular leader falls prey…

Recently we took a poll asking people to vote on who has more executive presence, Katie Couric or Diane Sawyer. Diane Sawyer won hands down with a whopping 97 percent of the vote. How could this be? Both women have been at the top of the broadcast industry, even being the first at their respective… 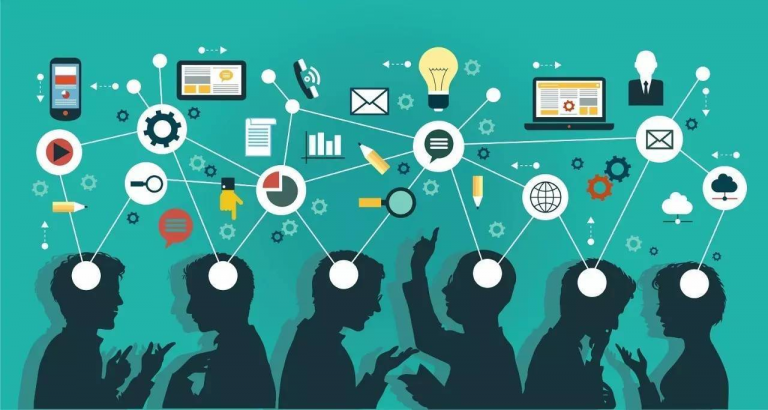