After two decades of coaching professionals at every rung of the corporate ladder, I want to set the record straight when it comes to females and self-promotion. First, it’s essential. Second, women need to think twice about following the advice in Sheryl Sandberg’s latest book suggesting they should stick to saying “we” not “I” when describing their accomplishments in order to avoid a backlash fueled by deeply ingrained cultural and gender stereotypes.

While I deeply admire Sheryl for elevating the discussion about gender equality, this advice could truly mislead generations of women when promoting themselves for jobs, promotions, stretch assignments, salary, and bonuses. There truly is a way to brag without backlash.

People say to me all the time, “But Peggy, we’re a team here at XYZ Company. We can’t talk about what we do individually because it wouldn’t be good team karma. Besides, there’s no “I” in team.” I say, you’re right, there’s no “I” in team. But there is a “U” in bonus, and don’t fool yourself; when it’s bonus time, and your colleagues are going in to their performance reviews, they are talking about what they did to contribute to the success of the team.

You must be able to promote your good work:

It’s really important for everyone to credit the people that they work with (boss, colleagues, direct reports) but you have to weave in what you are responsible for — what you have done, what your job is — because if you don’t, no one knows what you have accomplished. It’s a huge staller and derailing factor for women.

As I often say in my coaching sessions, if you were called in by your boss to give a de-brief on the project you’re managing and everyone involved on the team — would you leave anyone out? No, of course, not! Then why would you leave yourself out? If you do, you are not only doing a disservice to yourself, but to your boss and your team as well.

You must move beyond the stereotypes:

Yes, there can be a backlash due to deeply ingrained cultural and gender stereotypes. For example, there’s the stereotype that women are supposed to be nurturers, turning the attention, the conversation and the spotlight onto others — not themselves. However, if you consistently use the word “I,” talk incessantly about yourself, don’t engage in a conversation, or ask the other person questions, you’ll receive backlash, regardless whether you’re a man or a woman. People will find you obnoxious, self-aggrandizing, and off-putting, no matter your gender.

However, the solution is not to tell women that they, therefore, shouldn’t self-promote or suggest that they say “we” more than “I.” That’s throwing the baby out with the bath water. It’s for women to recognize that they have what I call a narrower band of acceptable communication and behavior than do white men. (By the way, that narrower band tightens even further for both women and men of color.)

How to brag without bragging:

In order to offset any possible “brag backlash” that may occur, and still be able to do and say whatever is needed to promote oneself effectively, women have to be more mindful about how they do it. There is a way to talk about yourself in a very graceful manner without being obnoxious or turning your audience off, and women have got to learn how to do that in order to get the jobs, the promotions, and the bonuses and salaries they deserve.

Through short, pithy, entertaining storytelling, weaving in just a few “brag” nuggets of information, said with passion, enthusiasm, and delight, you can talk about what you have done without fearing a “brag backlash.”

Several years ago, a book came out advising women not to smile a lot at work because it gives the impression of being too agreeable, too nice, and not authoritative enough. It was a ridiculous suggestion. We’d have a lot of sour-looking women in the workforce if we followed that advice. Instead, as is the case with self-promotion as well, we should be telling women that all communication is nuanced – not black and white.

Backstage after her Oscar win for best supporting actress, Viola Davis, 51, spoke with Good Morning America’s Amy Robach about how she felt. Davis acknowledged she had long struggled with imposter syndrome and it wasn’t until recently that she came to realize she did in fact know exactly what she was doing after 30 years…

Far too often, when Professionals are promoted to their “dream jobs,” they experience something closer to a nightmare. In fact, research indicates that up to forty percent of executives fail within the first eighteen months of taking on a new role. While there can be any number of reasons why a particular leader falls prey…

A couple of days before the election a group of my friends and I sat down for our monthly supper club and, like most of the country, our conversation was dominated by thoughts of where the country is headed, and what needs to be done to ensure that it is moving in the right direction…. 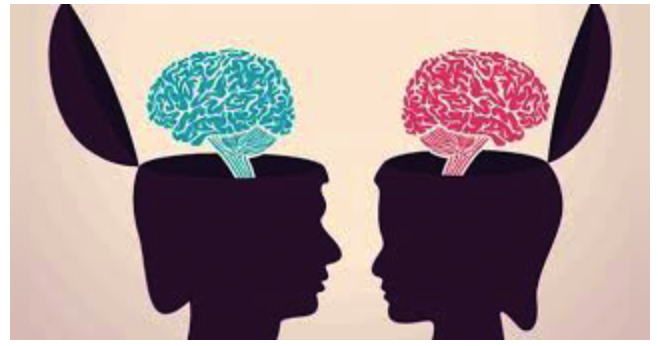 As much as many of us would like to run for the hills when faced with conflict, it’s part and parcel of our daily business world. Indeed, how you handle difficult situations could even determine your suitability for more senior positions especially with management responsibilities. Here are the top eight behaviors of people that possess…

Be specific – two little words that have the power to change your behavior and the behavior of others. Yet, business professionals are rarely specific when giving feedback to their employees, colleagues or bosses. Why is that? Well, the obvious reason is that most people fear hurting others’ feelings. As a result, they give general,…